Hosted by Beyond Toxics

Come join our Earth Week Kick-Off event to learn about the NoDAPL resistance movement and the relevance to Oregonians fighting the Jordan Cove Pipeline in southern Oregon. The national mobilization against DAPL has brought many more people into active opposition of the Jordan Cove LNG project right here in our own state.

— Bring your own cup/bottle

WHERE: Kesey Square in downtown Eugene (corner of Willamette & Broadway)

Marcus Holloway (M5) is a poet/musician new to Eugene. M5 was raised in Georgia and served in the military for 10 years with 3 combat tours. He has lived in several countries until making his way to the west coast. Once arriving in Eugene, M5 has performed his poetry at multiple venues around the city including the “Love You Madly” series held by NAACP Eugene Springfield Oregon Unit 1119 at the Historic Mims House and placed in the Eugene Poetry Slam at Tsunami Books. He also has performed at music venues with the group: Not Applikable. M5’s works reflect his experiences and progression throughout his youth, military service, politics, and his personal and spiritual evolution.

Chiefed is a four piece Northwest style reggae, hiphop and rock n’ roll band, whose members are mainly from the Confederated Tribes of Siletz Indians. They are influenced by a variety of artists such as Sublime, The Rolling Stones, Steel Pulse, Katchafire and many more. Chiefed creates a unique flow of music representing who they are and where they came from. In November of 2017, Chiefed released their first album: Crooked EP.

Help us create native pollinator habitat at the Churchill Community Garden behind Kennedy Middle School. We will help educate volunteers about native pollinators and their role in local food security and combating food deserts in low-income areas. We will spend time pulling weeds, building native bee boxes and signage, helping clean up the garden, performing general garden maintenance and upkeep.

Pollinators at Viking Braggot (see event below). Must bring a helmet to participate in group bike ride!


Viking Braggot will donate $1 per pint to Beyond Toxics’ Save Oregon’s Bees project.

WHAT: Pints for Pollinators 2018

Please email me at any time with any questions or concerns you have. Additionally, you may "Share" assignments with me with Google using this email address. 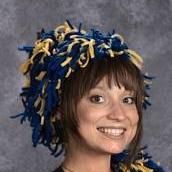